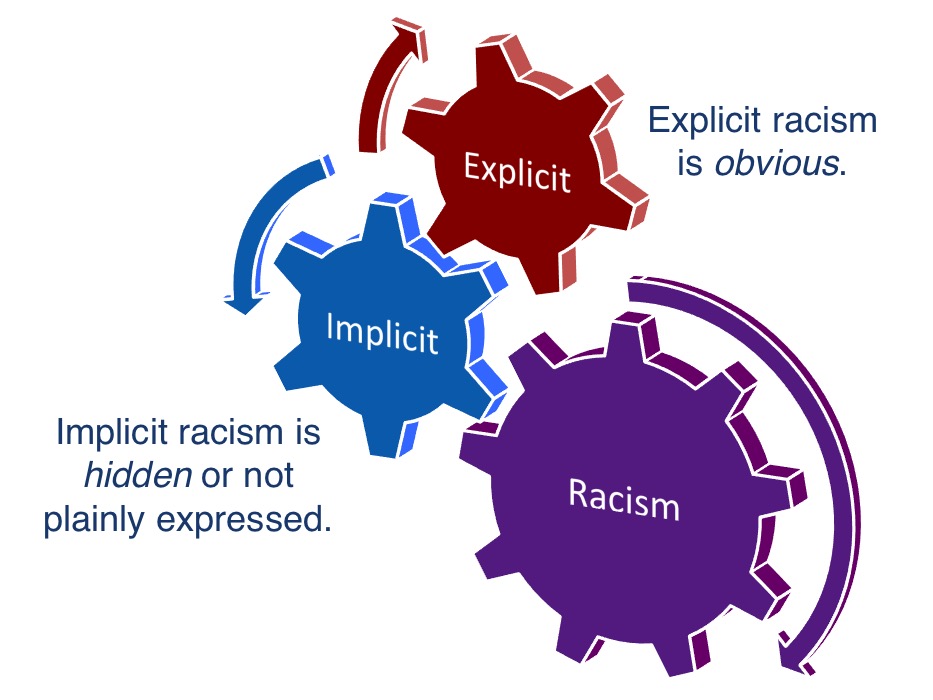 Racism is a social product of race. Racism refers to beliefs, attitudes, and practices that uphold and reinforce inequalities based on race. Racism can happen between individuals, but it is also built into systems, such as schools. This is called systemic racism. Racism can be explicit and obvious or implicit and subtle. For example, refusing service to someone because of their race is explicit racism between individuals. That is pretty easy to identify. Implicit racism is more difficult to identify. This is because…well, implicit racism is by definition hidden or not plainly expressed. This is the type of racism that often hides in our unconscious biases and gets expressed in our subtle actions. For example, when Black boys in schools receive harsher punishments than White boys for the same behavior. Or when Black men are sentenced to longer prison time than White men for the same crime. You can read an example of this by clicking on the “Check It Out” box at the bottom of the page. This article discusses how Black preschool children are more likely to get suspended from preschool.