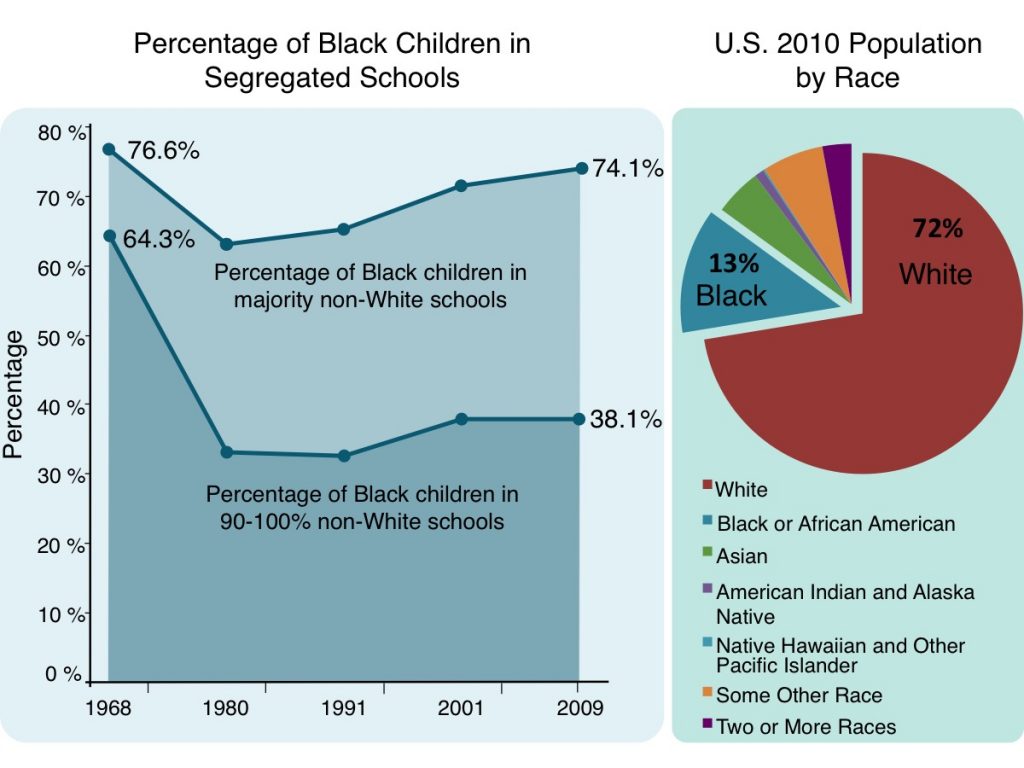 Data: Orfield, Kucsera, & Siegel-Hawley, 2012; Graph adapted from the Economic Policy Institute
Back
Next

The high percentage of Black children in schools where the majority of students are non-White is striking. If schools were truly integrated, we would expect that almost no Black children would attend segregated schools. Look at the pie chart on the right. In 2010, White Americans made up 72% of the population. Black or African Americans made up only 13% of the population. Because the White population is so much larger, we would expect that Black children would most often attend schools that are majority White. Instead, 74.1% of Black children in the U.S. attend schools where most of the children are non-White. This means that a large number of schools are still racially segregated. What’s more, schools usually teach children from the surrounding neighborhood. So these data also give us a glimpse of the ongoing racial segregation in our neighborhoods, cities and towns.

The good news is we can contribute to reducing these inequalities. Talking with children about race and racism, in a developmentally appropriate way, is a good place to start.