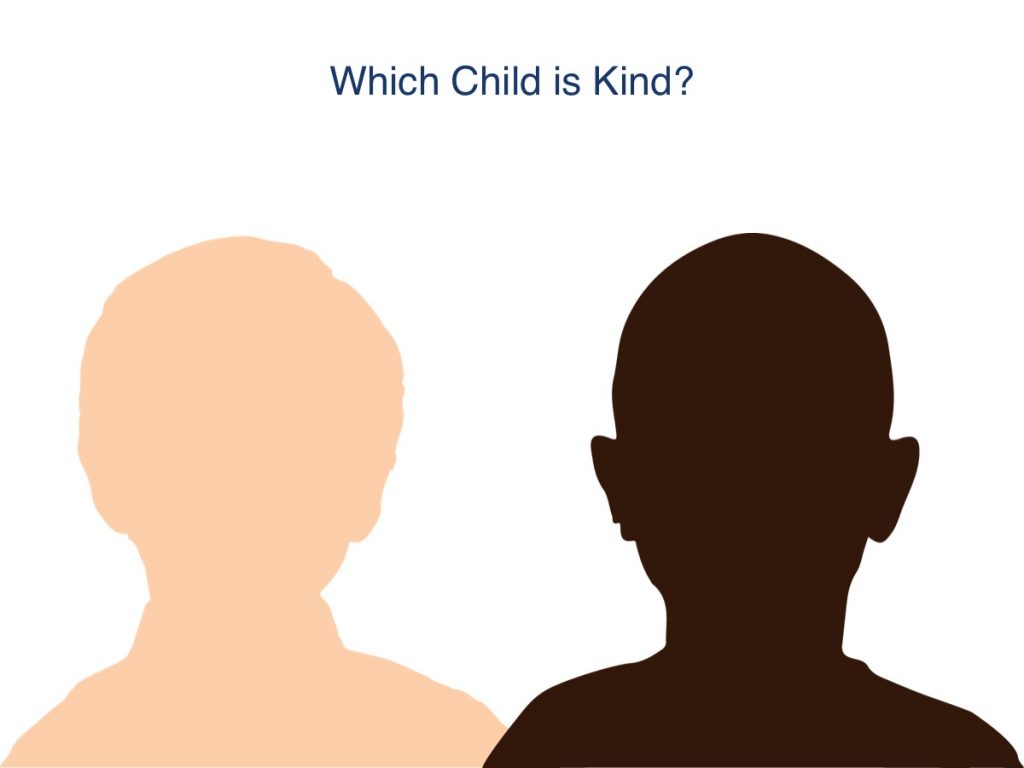 Around 7-9 years of age, children focus on more than the differences between groups. They also zero in on social value or judgments about those differences. Research demonstrates that children value or show preferences for Whites over other racial groups. You saw an example of this in the doll study clip. In another experiment, a researcher presents a child with two boxes. One box has a picture of a White child on it and the other box has a picture of a Black child. Then the researcher asks the child: “Which child – the White or Black child – is “kind”? Most children, regardless of their own race, will pick the White child as “kind.” Researchers ask about a range of positive and negative traits, such as: pretty, smart, dumb, mean, or ugly. The results are consistent. Children are more likely to choose the White child for “good” traits and the Black child for “bad” ones. These studies suggest that children are aware of how race operates in society. And they begin to evaluate themselves and others using this information.