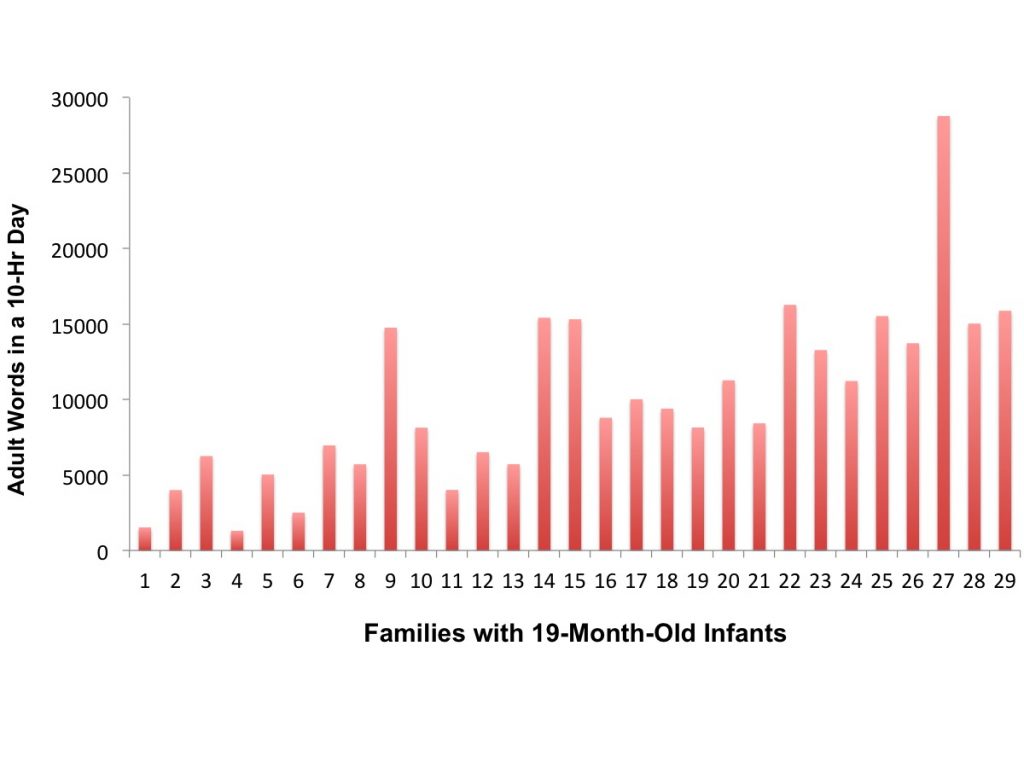 Adapted from Weisleder & Fernald, 2013
Back
Next

What about the quantity of language that children need to hear? Children learn language through experience. So children need to hear language to learn language. Some researchers have linked the quantity of language that children hear to the socioeconomic status (SES) of their family. Two researchers named Hart and Risley even calculated that by 3 years of age, children from high-SES families have heard 30 million more words than children from low-SES families. You can think of SES as a measure of opportunities. Children from low-SES families often have more limited access to resources. Researchers have replicated this study with diverse populations and larger sample sizes. But these findings do not tell the whole story.

What’s missing here are the large differences within each SES group in the amount of language directed toward children. Researchers Weisleder and Fernald looked specifically at the amount of speech directed to children in low SES, Spanish-speaking families. You can see their results in the graph here. They found that even among children of similar SES, there is a wide range in the number of words children heard per day. Some children heard fewer than 2,000 words a day whereas others heard almost 29,000 words during the same time period. This means that the best predictor of children’s language growth is the quality and quantity of language a child hears. Not the SES of the child’s family. All caregivers, regardless of SES, can support children’s language learning. It’s as simple as talking and interacting with children throughout the day!