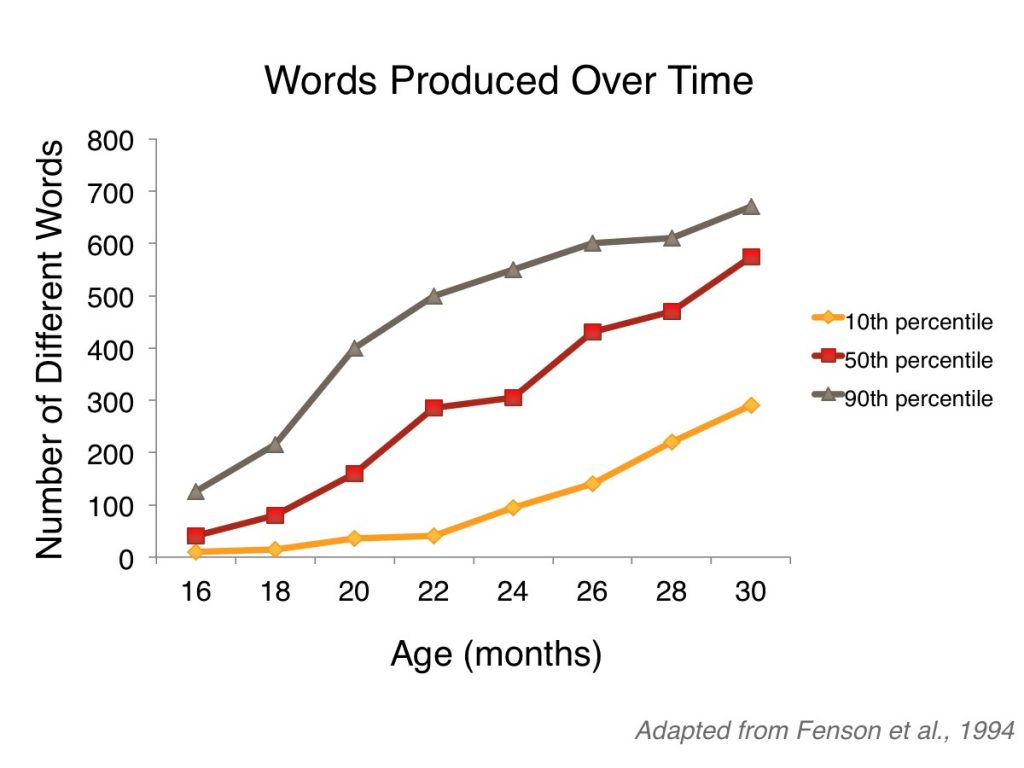 So far we have described the patterns of language acquisition by using specific ages at which children reach different developmental milestones. We mentioned that children typically say their first words around their first birthday. We also said that their sentences become longer between 24 and 30 months of age. Typically developing children follow a consistent pattern of language learning. But it is important to remember that individual children progress at different speeds. There is a range of ages at which children reach any one of the milestones. Just like some children begin to walk earlier than others, some children begin to talk earlier than others.

The graph shows that vocabulary sizes of typically developing children of the same age vary a lot. Some children reach the 200-word mark around 18 months of age. Other children in the 50th percentile know 200 words around 21 months of age. Children in the 10th percentile reach this point around 28 months of age. Note that all typically developing children reach this milestone, but at their own pace. The curves on the graph do not actually represent any one individual child. They describe general patterns in vocabulary learning.

Caregivers concerned about their child’s vocabulary growth should consult with the child’s pediatrician.