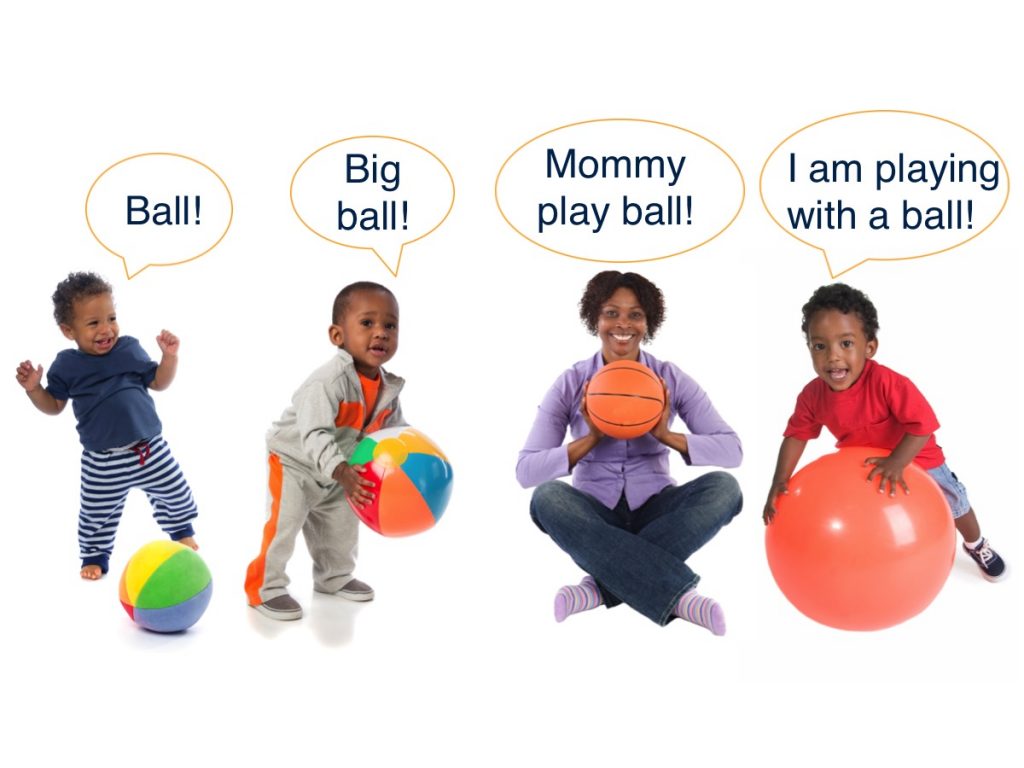 Children use two-word combinations as they make requests, such as “Henry up.” They also describe or negate actions, like “Henry sit” or “no eat.” They may also talk about who is doing what to whom, for example “mommy kiss,” or what things look like, for example, “pretty baby.” Over time, children’s sentences become longer. This allows them to express more complicated ideas. Typically, children’s sentence length is slow to increase at first. But around 24 to 30 months of age, it begins to increase more rapidly. Some children show an obvious “spurt” in sentence length. Other children’s sentences grow at a more gradual pace.

In the first few years of life, children’s vocabulary size predicts the length of their sentences. Take a child who produces many words in the middle of his second year of life. He will likely produce longer sentences in the middle of his third year of life. On the other hand, a child who says fewer words between 1 and 2 years of age will likely have shorter sentences between 2 and 3 years of age. This is just another example of the cascading effects of language learning. Early stages of language acquisition are a good indicator of children’s future language abilities.