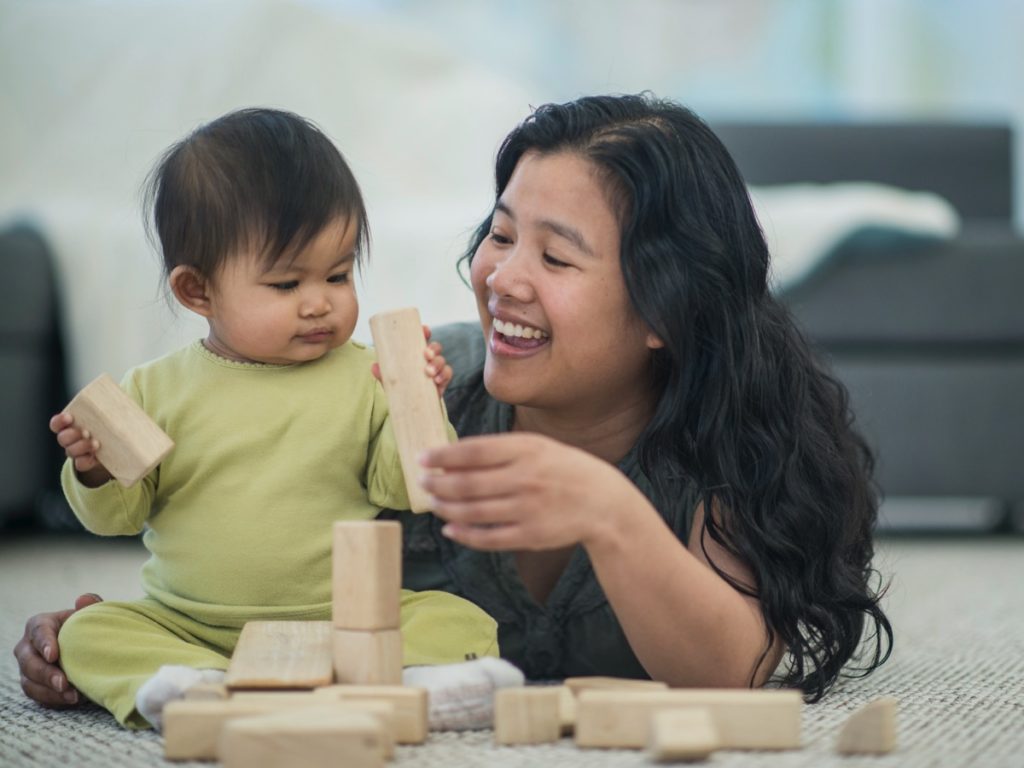 As adults, we use what we know about cause-and-effect to make things happen. When sitting in a comfy chair facing the TV, we might pick up the remote control and click a certain button to cause the TV to turn on. Before babies even begin to crawl, they are watching these cause-and-effect relations and learning. In the first year of life, babies start to make predictions about what things are causes and what things are effects. Even 6-month-old babies expect causal events to play out differently than non-causal events. They can tell the difference between a causal event such as someone using a toy to knock over a tower and a non-causal event such the same toy being placed near the tower and then the tower falling over on its own.

As children become more and more independent, they want to take control of the world just like adults do. They want to use the remote control themselves to turn on the TV or be the one to push the elevator call button. Have you noticed this behavior in young children? Their desire to take actions to make things happen is one way that they learn about cause-and-effect. Learning to use cause-and-effect information is a critical part of a child’s cognitive development. It enables children to take control of the world on their own.