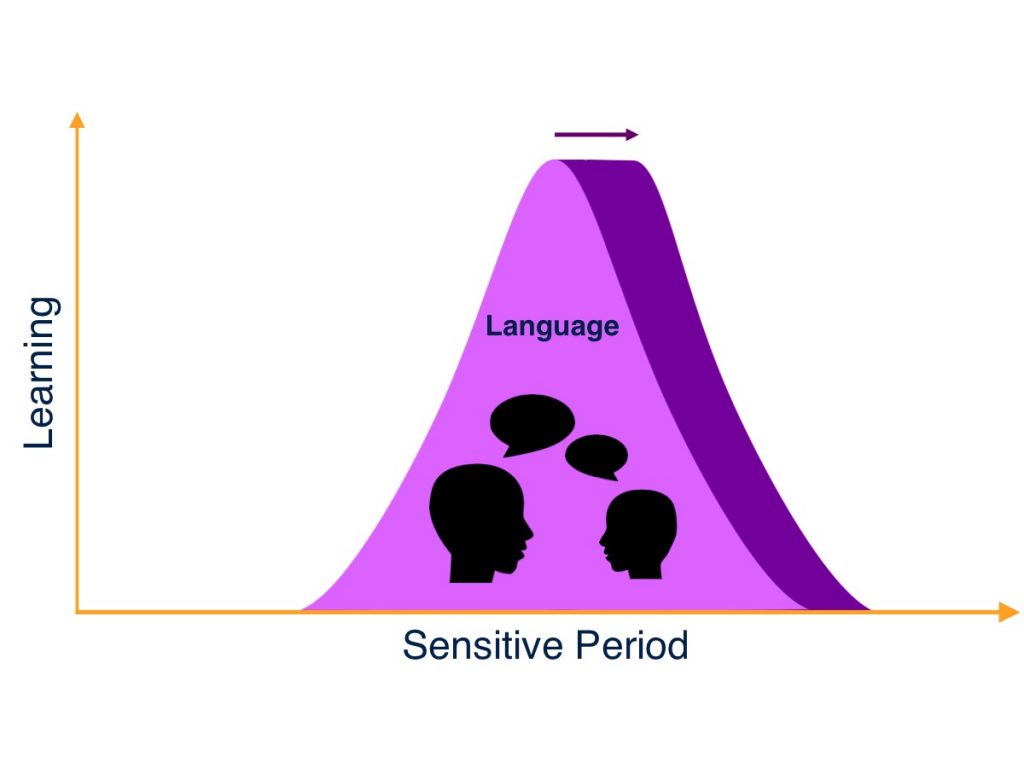 When they are born, babies can distinguish the sounds of all the languages of the world. Monolinguals do this well until about 6-8 months of age. As they hear more of their native language, they become specialists in that language. By 10-12 months of age, monolinguals are good at recognizing the sounds of their native language. But they lose some ability to distinguish between sounds in foreign languages. The pink area of the graph shows what the sensitive period looks like for monolinguals. The peak period is where the brain is uniquely prepared to learn the sounds of language.

Bilingual children also become specialists in their two native languages. But they have an extended sensitive period, as you can see in the purple area of the graph. Compared to monolinguals, bilinguals recognize foreign language sounds for longer. Regular exposure to more than one language changes the sensitive period in the developing brain. This is not a delay. In fact, bilingualism offers several cognitive advantages that we will discuss later in this module.