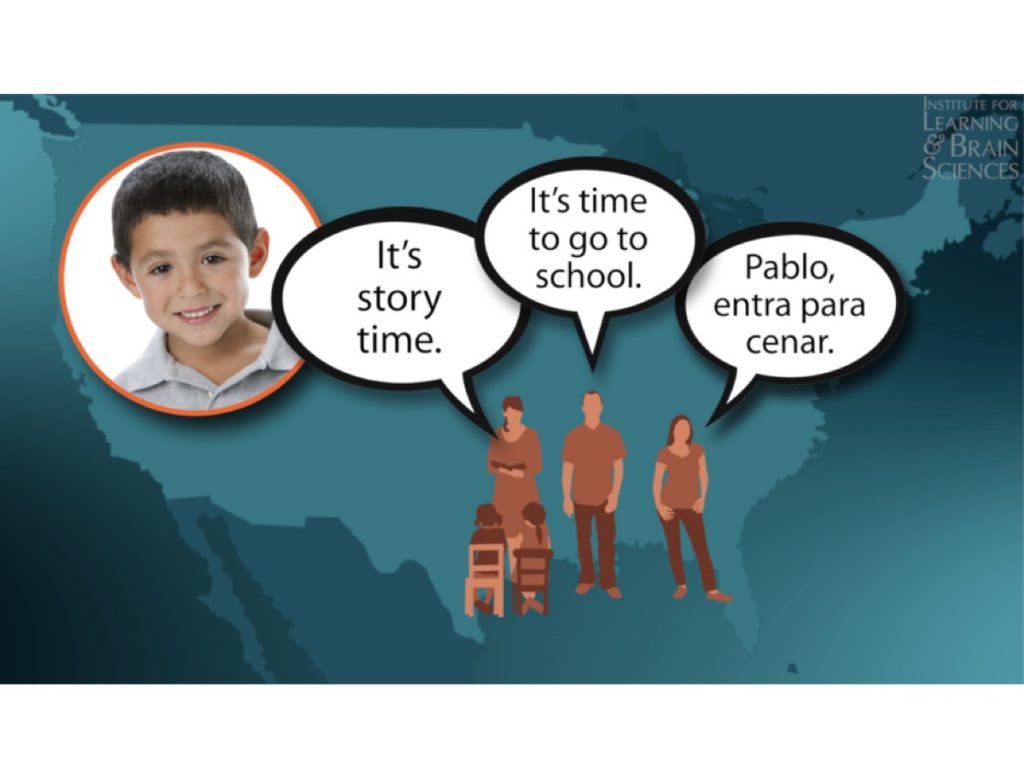 One study followed infants and toddlers learning both Spanish and English. It found a relationship between the number of words an infant hears and eventually says in each language. Infants who heard more English before age one produced more English words as toddlers. Infants who heard more Spanish before age one produced more Spanish words as toddlers.

Language dominance can change over time. Think of a child who spends most days with his Spanish-speaking mother until age 3. This child will likely be Spanish dominant. But later he attends an English-speaking school. His dominance might change to English. This is normal, and shows that language is a product of experience.

Next watch the video of a mother playing with her daughter. The mother speaks to her daughter in Spanish. Then the child asks her mom to speak in English, the child’s dominant language.