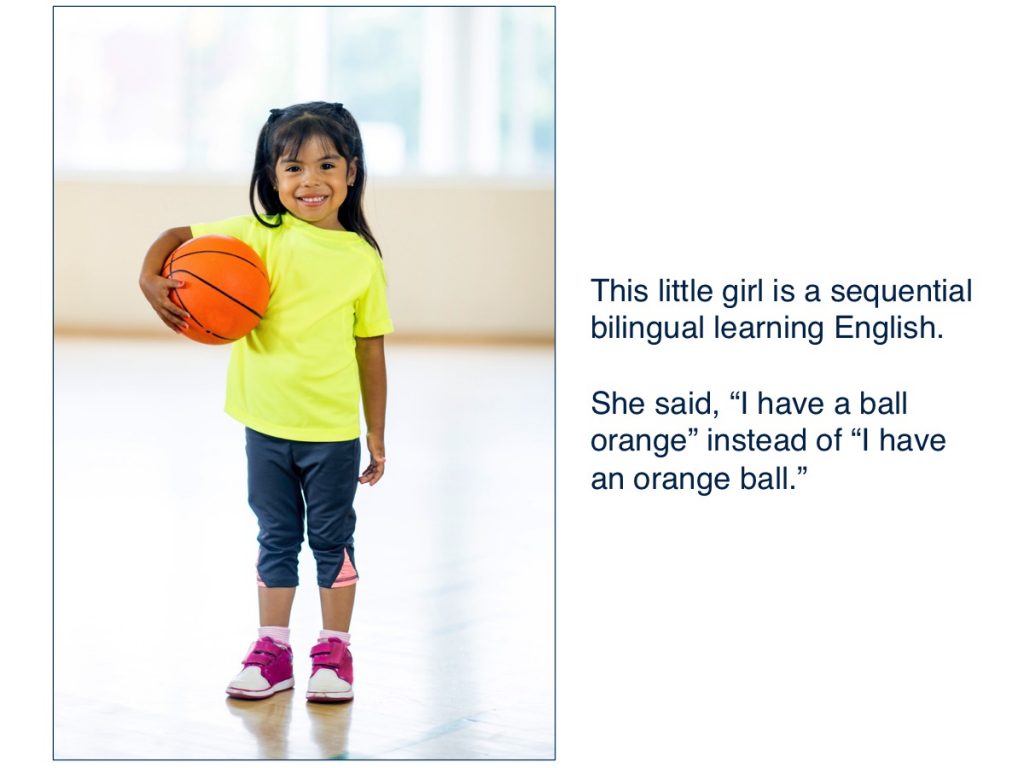 Some people believe that bilingualism puts children at risk for language delays. But research does not support this.

Simultaneous bilinguals reach language milestones at the same ages as their monolingual peers. Regardless of how many languages they are learning, children usually say their first words around 12 months of age. A bilingual’s first words may be in one or both languages. It depends on the child’s experience with each language. Bilingual vocabulary and grammar development show the same pattern as in monolingual development. Monolingual and bilingual children begin to combine words around 18 months. By age 3-4, children produce more complex sentences. Just like monolinguals, bilinguals show variability in the ages at which they reach each milestone.