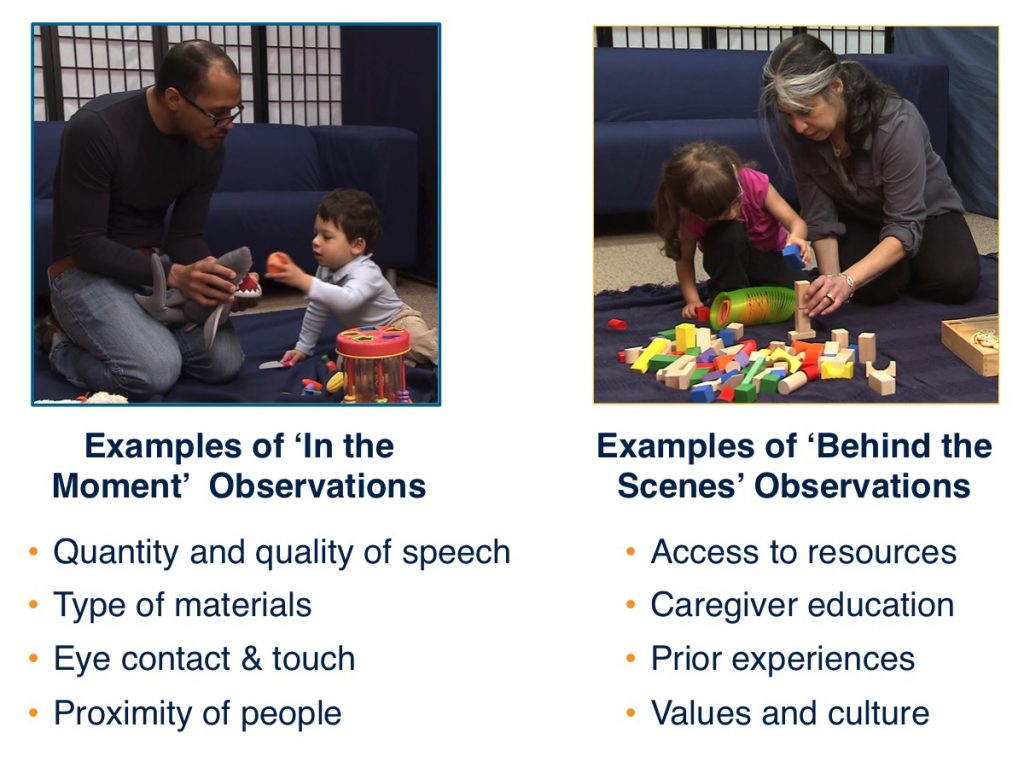 The interactions we’ve observed involve behaviors that occur “in the moment.” For example, in one video, a child signs and says “light” to direct his father’s attention to it.

But there are “behind the scenes” factors that also contribute to every interaction. Both adults and children bring prior experiences to interactions. Their history will influence the individual features of an interaction in specific ways. For example, think back to the video of the mother and her 3-year-old building the block tower. All the mother said during the entire interaction was, “Let’s build something.” Yet they engaged in a great back-and-forth interaction. What do you think this suggests about their history of playing with blocks together?

Did you include any “behind the scenes” features on your list of observations?