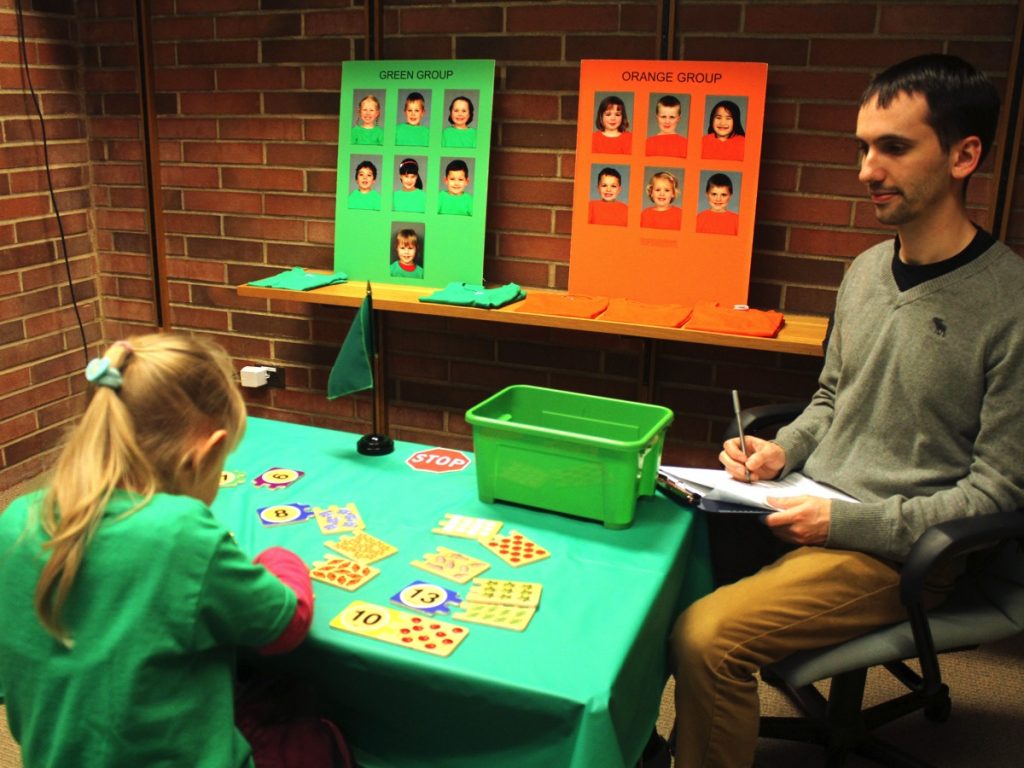 Interactions with others are important for children’s learning in all areas, and this includes STEM. Feeling a sense of connection to others who value you is a basic human need. When this need is satisfied, children are relaxed and ready to explore the world. Even from infancy, children learn through feeling connected to others.

Our research at the Institute for Learning & Brain Sciences, or I-LABS, has shown that young children are motivated in STEM by their social connections. In one study, 4-year-old children worked on two STEM tasks, a math task and a puzzle task. The children in the study participated by themselves for both of the tasks. But for one task, we told the children they were part of a group. For example, we said, “you’re in the green group, and the green group plays math games.” They wore green T-shirts and sat at a green table with a green flag. For the other task, we told children that they were working alone. Children were more motivated to work on the STEM task that they did as part of a group, compared to the task they did individually. They chose to spend more time working on the group task, and did better on it. They also thought the group task was more fun, and felt that they were better at it. Even though the groups weren’t real, feeling connected to others made children more motivated in STEM.