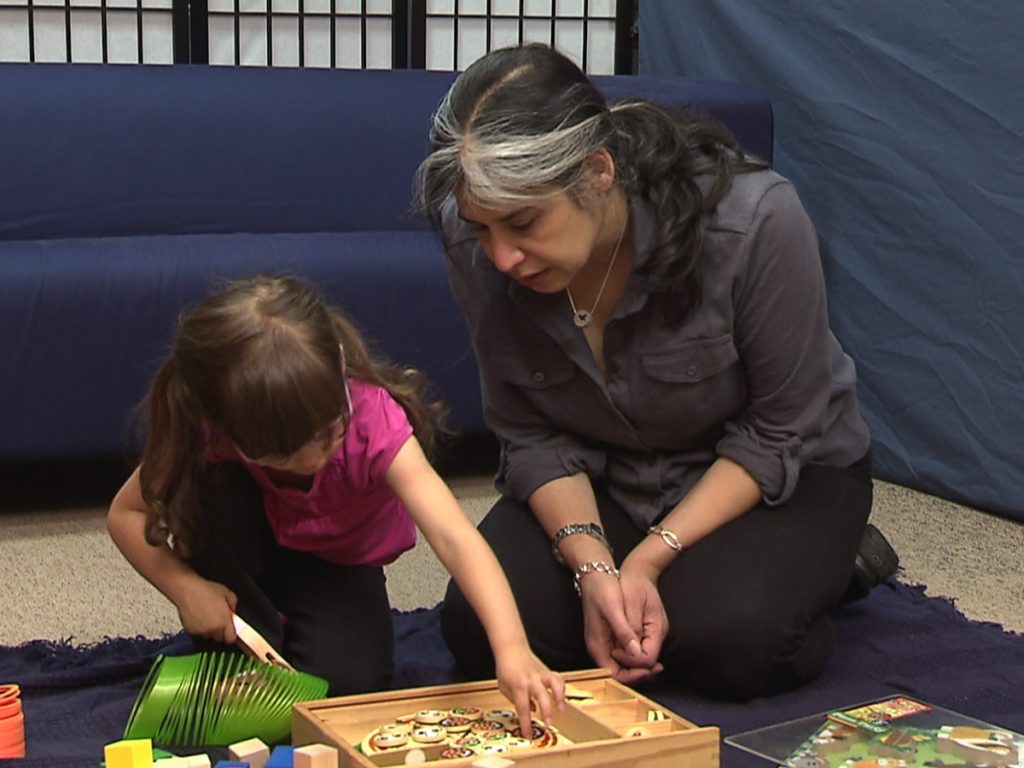 In this interaction, the child and her mother used math for counting the total number of mushrooms on the pizza. When she struggled to count all of the mushrooms, her mom provided scaffolding. Counting all the mushrooms on the pizza was a little too challenging. So she made the task a little easier by asking how many mushrooms were on just one piece. During this interaction they also used math for classifying pizza slices. They classified them according to the number and combination of toppings. And they used math language and symbols as they talked. For example, the mom held up one finger as she said “one piece of mushroom.”

Just like in the video, adults can ask children questions to guide their thinking about math. For example, asking how many objects there would be after adding or taking away. Every bit of conversation helps. In one study, teachers increased conversations about math from 2% to 4% of the preschool day. Even this small increase led to significant gains in math. The more that children talk about math, the more they develop their understanding, and the more they show adults how they are reasoning.

Math can be integrated into everyday activities, like using measuring cups when cooking. These show children that numbers can be used for distances and amounts, not just for counting separate objects. Singing songs that involve counting or playing board games can also support math learning. And musical instruments, even homemade ones, can help children learn about pattern and rhythm.