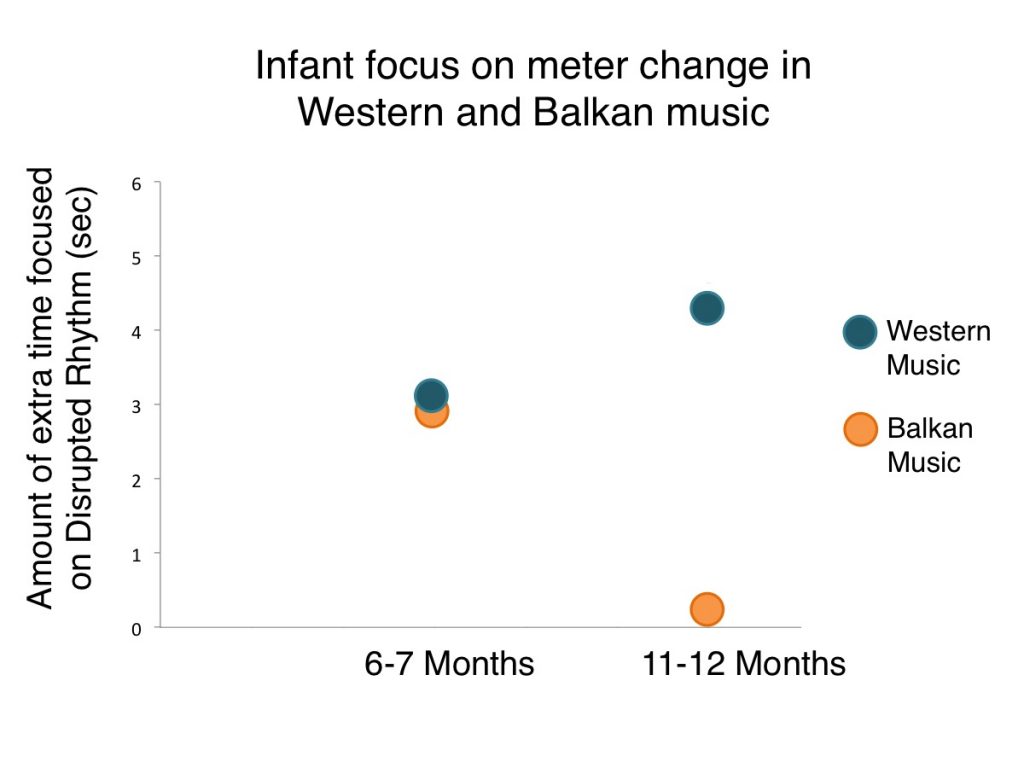 Adapted from Hannon & Trehub, 2005
Back
Next

Can children tell the difference between these two types of meter? To explore this question, researchers studied children’s responses as they listened to simple melodies.

In the first part of the study, infants who were raised in North America listened to melodies. The melodies were in either a Western duple meter, or a Balkan septuple meter. In the next part of the study, they listened to several new melodies. Some of the new melodies used the same meter they heard during the first part, but in others, the meter changed in the middle of the melody.

At around six months old, Western infants could tell when the meter changed in Western music, as well as in Balkan music. Look at the leftmost dots on the graph. For both types of music, children spent extra time focusing on the melodies with meters that changed. This suggests they could tell there was a change in meter.

But by the time Western children were a year old, they could only tell when the meter changed in Western music. They were no longer able to notice changes in the Balkan melody with the foreign meter. The rightmost yellow dot shows that children spent no extra time focusing on Balkan melodies with changed meter.  The blue dot shows children spent even more time focusing on Western melodies with changed meter.