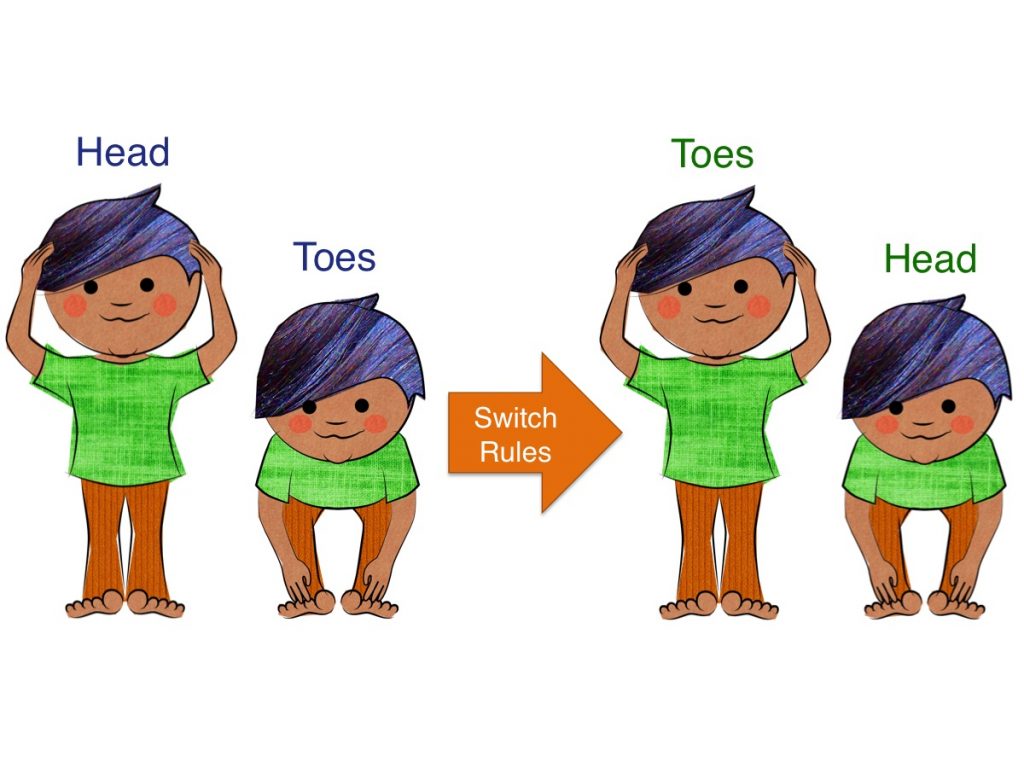 We use executive skills all the time in our everyday lives. In the classroom, children use them when they have to pay attention in class, or when they switch from one activity to the next. Music is not the only way to give these skills a boost. Games like Head, Shoulders, Knees, and Toes help exercise our executive functioning skills. And they are fun too! In Head, Shoulders, Knees, and Toes, a leader calls out the name of a body part. At first, everyone touches the body part named. But then, the rules change. Instead of touching your head when “head” is called, you must touch your toes – and when “toes” is called, you have to touch your head! Then the game gets more challenging by adding shoulders and knees. When the leader calls out ‘touch your shoulders!’ everyone has to touch their knees instead. When “knees” is called, you have to touch your shoulders.

This simple game involves many executive function skills. Players must focus to hear the instructions, remember the rules, and inhibit their impulse to touch the named body part.