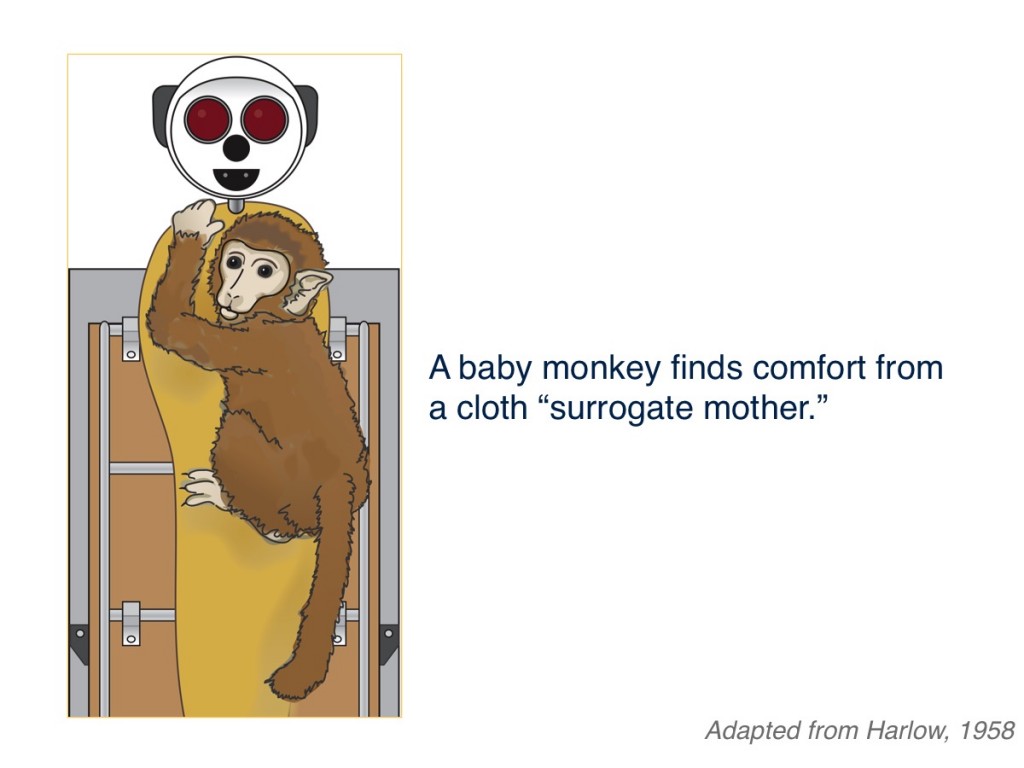 The observations of children in orphanages had a strong impact on attachment research. Researchers thought that early social experiences might affect humans and monkeys similarly. This is because monkeys and humans have comparable body structure and function. Baby monkeys are also raised and nursed by their mother. In the 1950s and 60s, a researcher named Harry Harlow conducted experiments with rhesus monkeys. He was curious to know why infants bonded with their mothers. In one famous experiment, Harlow separated monkeys from their mothers immediately after birth. He placed them in a cage with two “surrogate mothers.” One “mother” was made of wire. The other was covered in soft terry cloth. Half of the monkeys in Harlow’s experiment could get milk from the cloth mother. The other half could only get milk from the wire mother. Regardless of the feeding arrangements, all baby monkeys spent most of their time with the cloth mother. Unlike the wire mother, the cloth mother provided them with warmth and comfort. This showed that attachment is not based on a simple satisfaction of hunger. Otherwise, the monkeys would have spent as much time with the wire mother who provided milk. Like the monkeys, human infants look to caregivers for more than just food. Babies form attachments with their fathers or other frequent caregivers. This is true even if they don’t feed the baby. This research was instrumental in highlighting the role of a comforting caregiver.

These experiments with monkeys would be considered unethical today. There are now stricter rules for protecting animals in research studies.