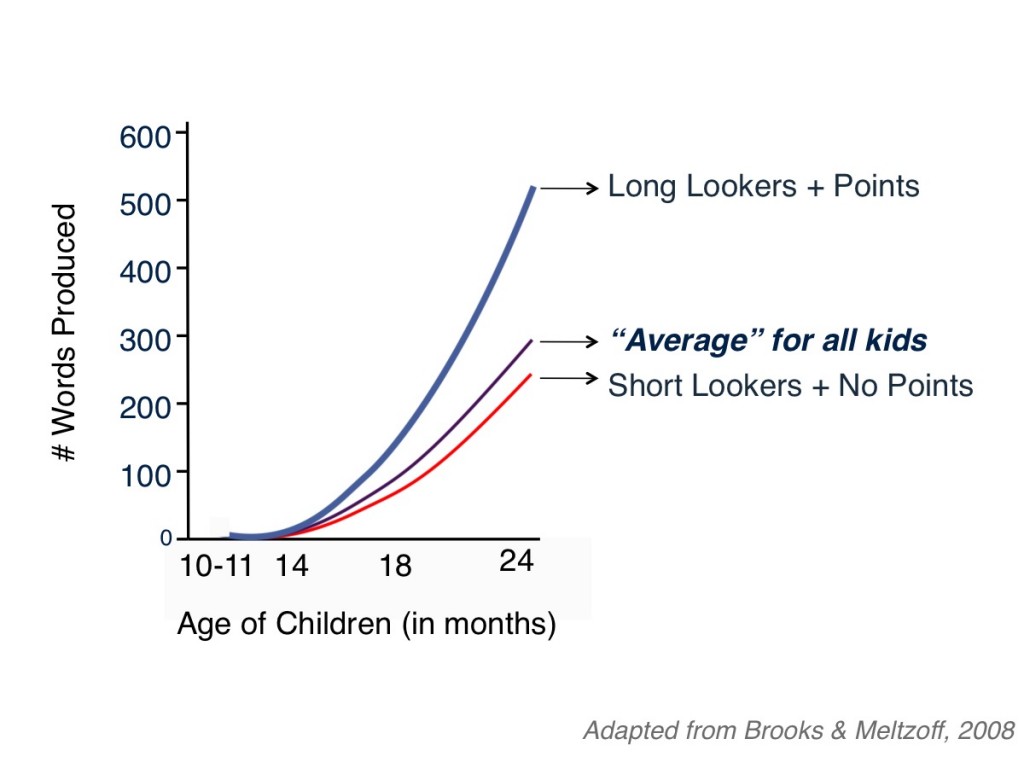 Infant gaze following is related to later language development. In a study, preverbal 10- and 11-month-old infants played the gaze-following game. Then parents reported on their child’s vocabulary development out to two years of age.

The results revealed that infants who spent more time gaze following had larger vocabularies. This graph shows the result in more detail. The age of children in months is on the horizontal line. On the vertical line is the number of words children say at different ages. Each line represents children’s gaze-following score and whether they also spontaneously pointed at the toy or adult. Look at the blue line on the graph. Infants who look longer and point say more words at 24 months compared to those who do not. Now look at the red and purple lines. Those children who score low on gaze following and pointing still are learning language. It is just that the children who score high on gaze following and pointing learn language at an accelerated pace. They have almost twice as large a vocabulary at 2 years of age.

Why might children who spend more time looking at an object as an infant have better language development? When an infant looks longer at an object, caregivers have more time to label the object or action. This gives children more opportunities to hear and learn new nouns and verbs.