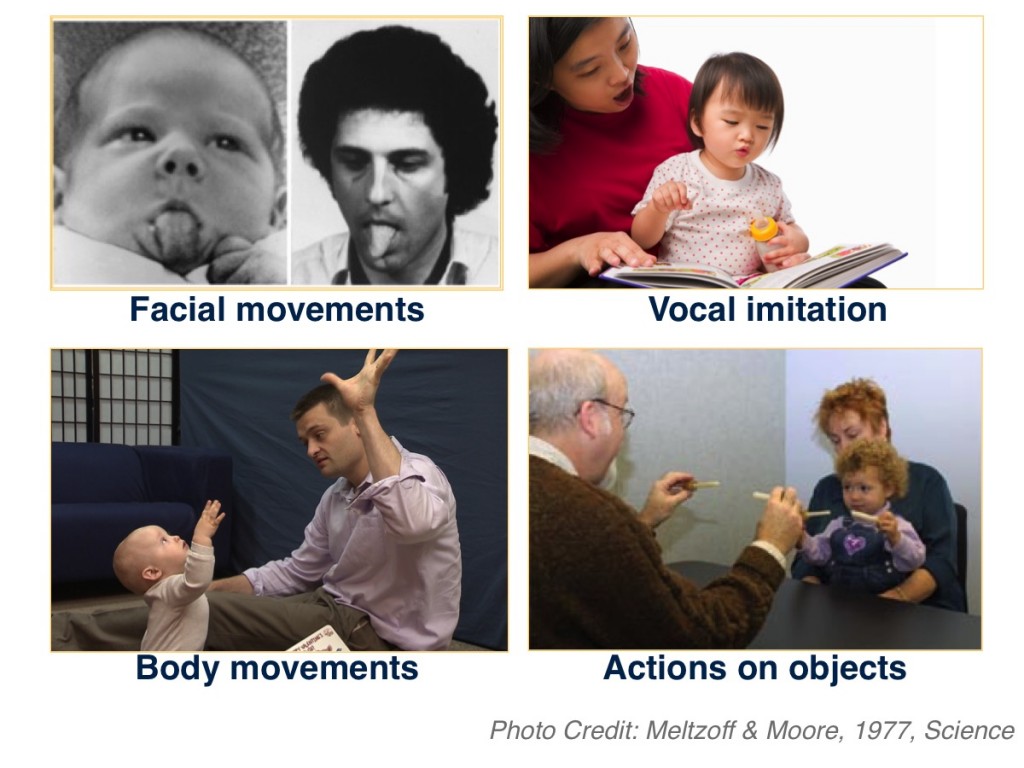 To study when and what infants imitate, researchers first demonstrate a novel action. They usually perform the action several times in a row while an infant observes them. The infant is then given the opportunity to imitate the action on the same object. Infants’ imitation performance is compared to another group of infants. These infants are the same age but never saw the experimenter demonstrate the novel actions. This group is called the control group. A control group is included to determine whether children would have performed the action on the object even if they never saw the action demonstrated.