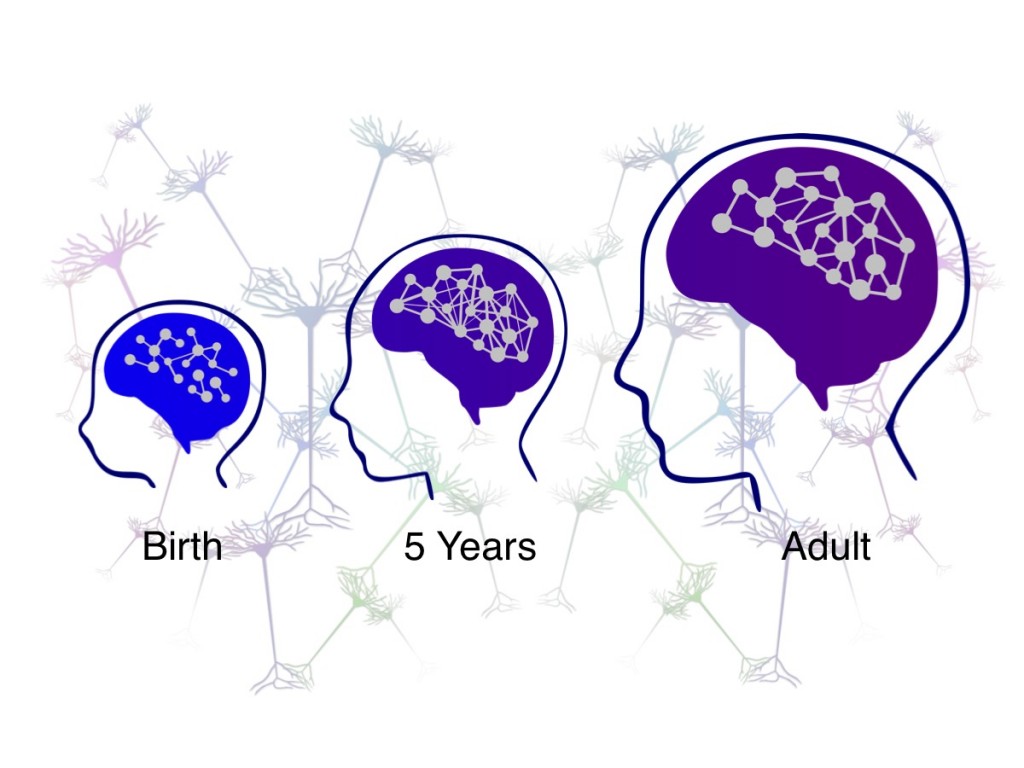 Because children have so much to learn in the first few years of life, connections form rapidly between neurons. Brains of young children actually overproduce connections. The number of synapses in a human’s brain reaches its peak at about 5 years of age. But as our brains develop and become more mature, connections between neurons don’t form as quickly.

In fact, after a period of rapid development during the first 5 years, synapses begin to be removed. This process is called pruning. By the time we are adults, our brains have about half as many connections as they did when we were 5. Pruning connections in our brains is an essential part of brain development. By getting rid of connections we don’t need, our brains function more efficiently. Synaptic pruning allows us to become experts in living our own unique lives.