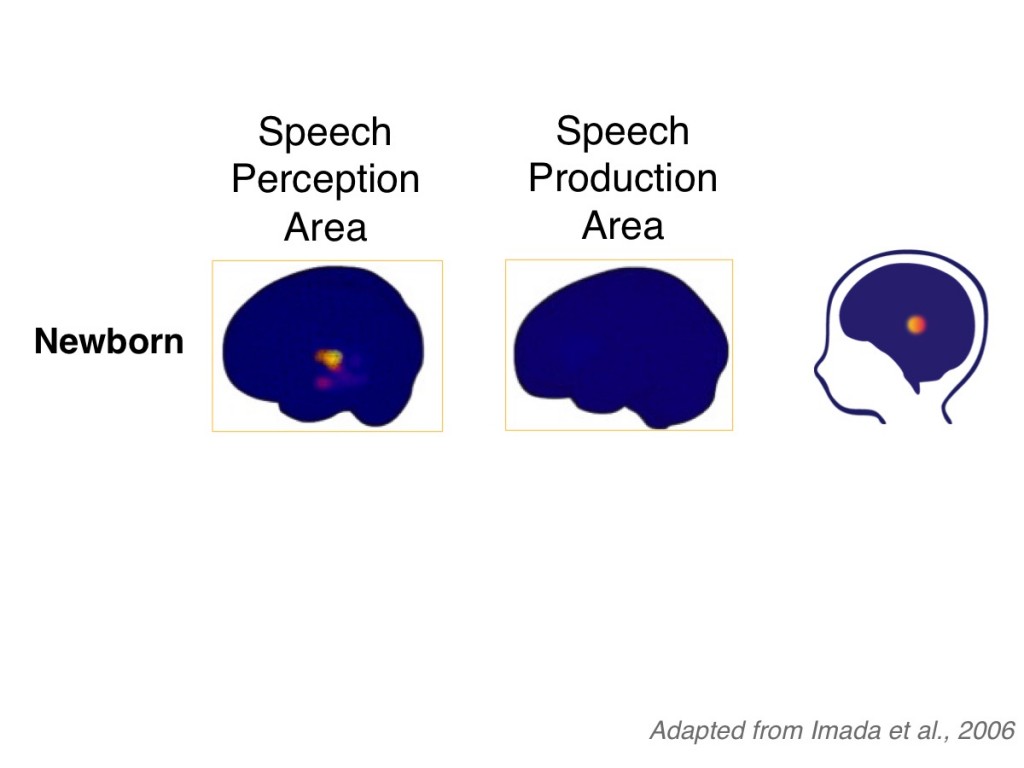 Using MEG, we are able to ask questions like: How do infants’ brain activity change, as they learn something new, like language? With the MEG, we have begun to figure out how different parts of the brain begin to work together.

In this example we will look at how two regions of the brain that are important for speaking begin to work together. Newborns, 6-month-olds and 12-month-olds listened to speech sounds while they sat in the MEG machine. The MEG measured activity in brain regions important for ‘speech perception’ or listening. Activity in the ‘speech production’, or speaking area was also measured.

These images show the left side of the brain. Regions of pink and yellow color indicate where the brain is active. First, look at the image on the left. You can see that regions of newborn brains were active while listening to speech sounds. Now look at the image just to the right. In contrast, the “speaking” area of the brain wasn’t very active. At this young stage, these two regions of the newborn brain aren’t yet coordinated as infants listen to speech sounds.