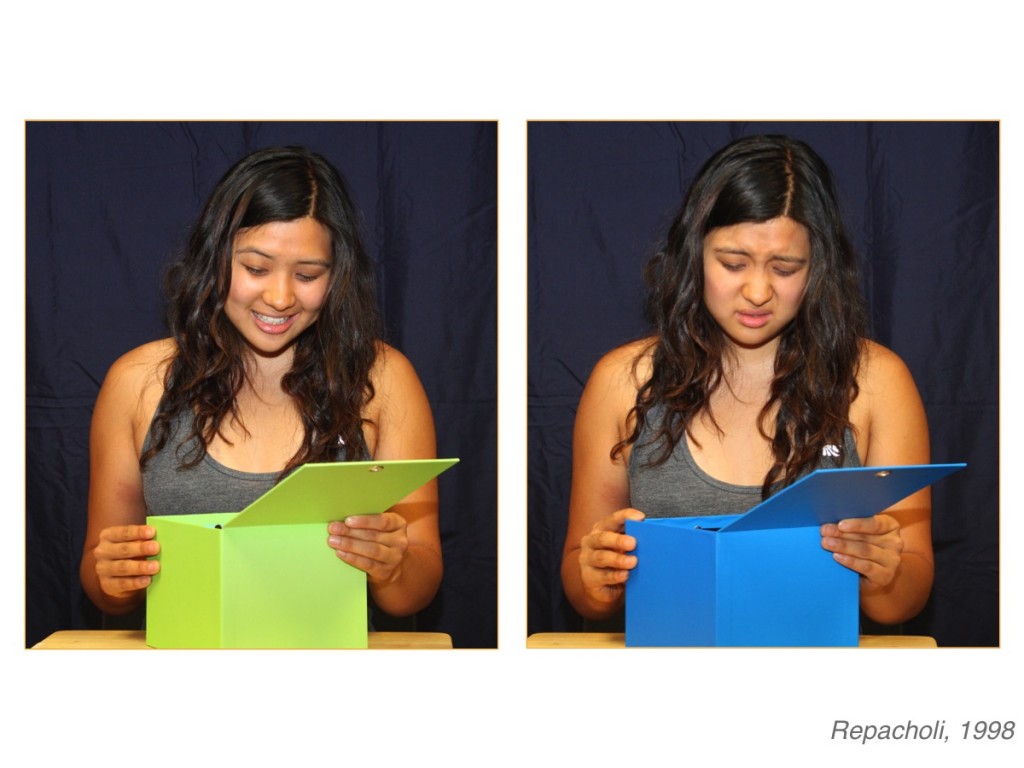 Children learn new words, how to use novel objects and ways to communicate through their interactions with other people. But young children do not need to be participants in interactions in order to learn from them. Young children need other people’s social cues such as eye gaze and facial expressions to learn as an onlooker. They use these cues to determine who or what an adult is referring to.

Research also shows that young children can tell where a person is directing their emotional expressions. Children can use another person’s emotional expressions to decide whether to play with a toy. In one research study, 14- and 18-month-old children watched an adult smile as she peeked inside one box, then wrinkle her nose and curl her upper lip as she peeked inside a second box. Children were more likely to look inside the box that made the adult happy compared to the box that made her feel disgust. Children understood that the adult’s emotion was connected to what was inside the box.

But what do infants understand as they watch other people express their emotions to each other? What do children understand when they ‘eavesdrop’ on an emotional exchange between two people? What are infants learning about emotions when they hear you argue with your partner, praise their sibling or express frustration to a friend? On the next page you will watch a video of an infant watching an interaction between his older brother and mother.