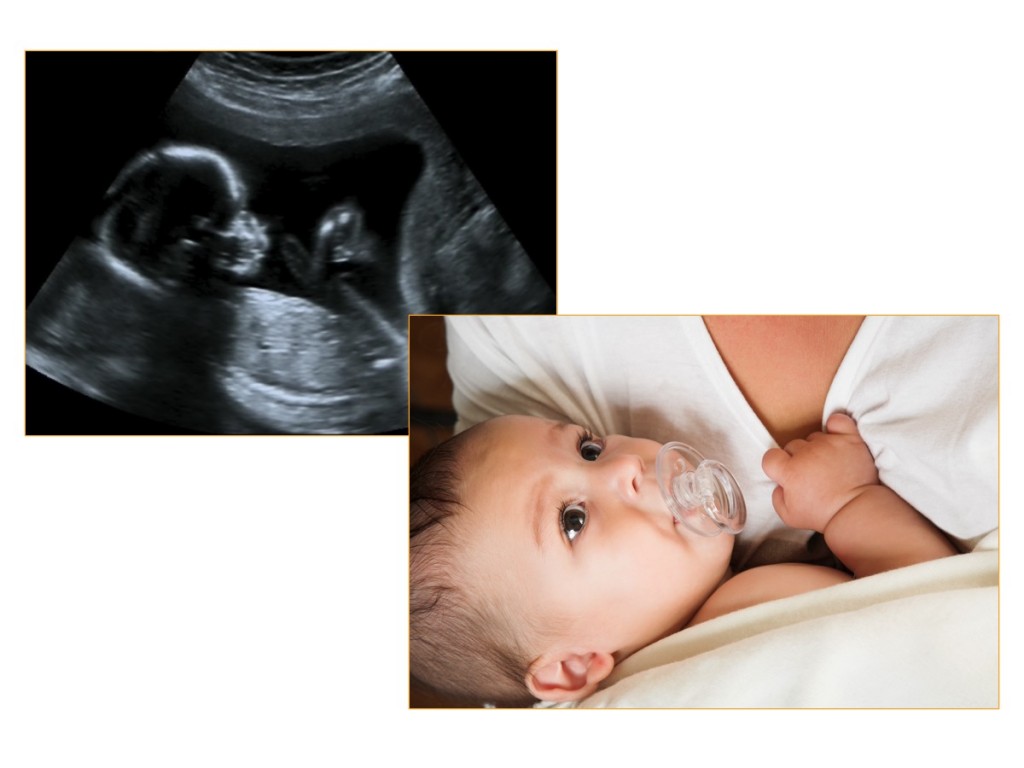 Learning from experiences begins very early. Research shows that experiences play an important role even before children are born!

In one study from I-LABS, researchers wanted to know if children learn language while still in the womb. From the beginning of the third trimester of pregnancy – when hearing begins – the baby listens to the language of their mother’s environment from inside the womb. This means that the baby can hear whatever language or languages the mother is speaking. It is only the mother’s voice that is loud enough to be heard from inside the womb. Does this experience in the womb affect language learning after birth? Can infants recognize sounds from their mother’s language a few hours after birth?

To test this, newborns listened to speech sounds from their mother’s native language and from a foreign language. Infants were offered a pacifier that was connected to a computer to measure their sucking rate to different speech sounds. Infants tend to suck faster when they hear something unfamiliar, like a foreign language. The researchers found that infants sucked the pacifier faster when they heard non-native, or foreign, sounds. This means that the infants identified their mother’s language and distinguished it from a foreign language right after birth. Apparently infants liked listening to the novel sounds. They are born curious!

The linguistic journey begins in utero. How does it continue after birth?