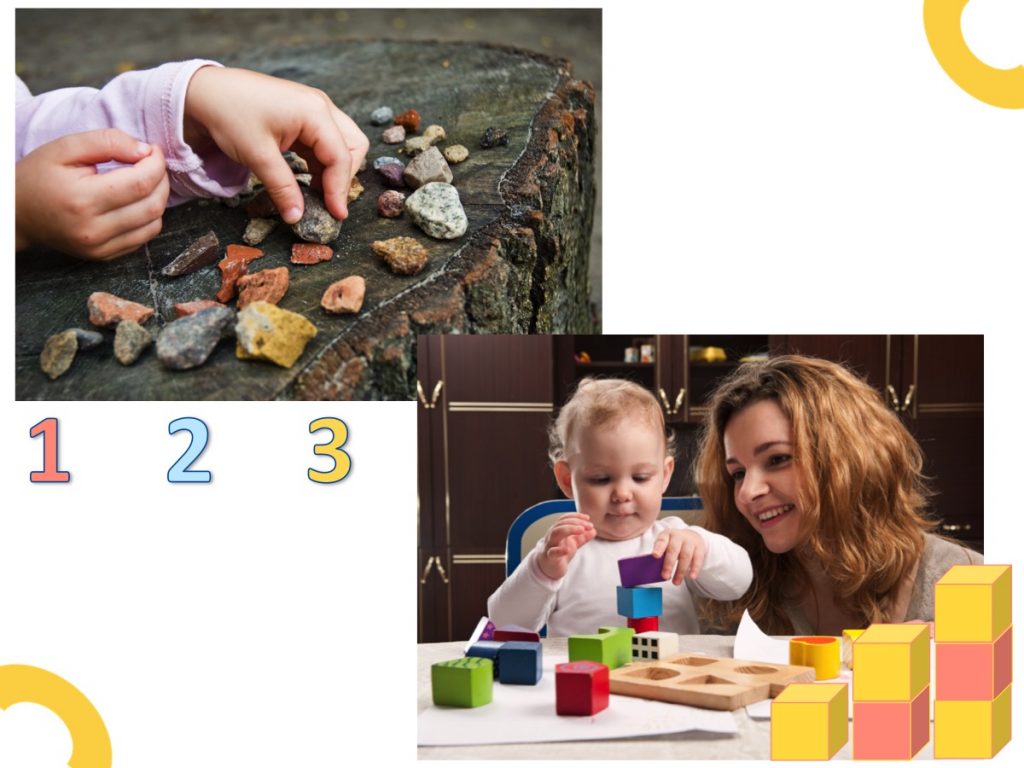 Picture an infant putting objects into a container and taking them out again. Or a toddler placing one stacking ring on top of the other or removing one block from a stack of three. They are building concepts of number, addition, and subtraction. Now, imagine a preschooler passing out three carrots to each child during snack. He is developing an early concept of division. Or, picture a child touching each rock in a pile as she counts aloud. She is practicing one-to-one correspondence. Each child is learning foundational skills for developing concepts of number and operations.

Toddlers learn best by manipulating small groups of up to 3 objects. By using small groups, it’s easier for young children to see the change when you add or remove an object. By the age of four, many children can tell the number of objects in groups of 3 to 5 objects, without counting them. This is called subitizing.