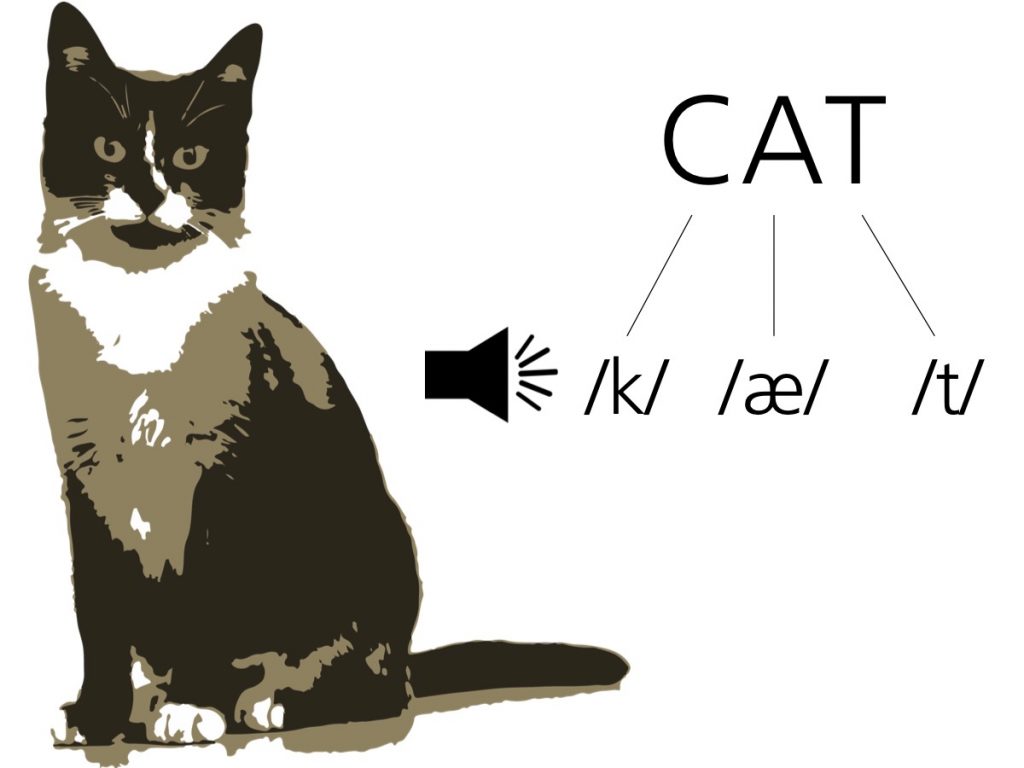 Before a child can learn to match the sounds of language to letters, and blend them together to form words, they first need to be able to hear and separate the sounds that make up those words. Let’s consider the word ‘cat.’ What if Chris doesn’t understand that the sounds /k/, /æ/, and /t/ make up the word cat? It probably won’t make sense to Chris to match each of those sounds to a letter, or to combine the letters to form a printed word.

What about Alex? We already saw her trace her finger along the letter ‘s,’ hissing ‘Esssss’ like a snake. Alex will likely be able to hear that the sounds /k/, /æ/, and /t/ make up the word cat, or the sounds /s/, /ɪ/, and /t/ make up the word sit. This skill is phonological awareness. It is the most important predictor of learning to read. The concept that a letter can represent a sound only makes sense if you are aware of the individual sounds that make up words. Games like the one Alex and Chris played where they matched words based on their sounds are a good way to practice phonological awareness. You can also practice phonological awareness with games that ask children to remove and add sounds to spoken words. For example, you could ask children to remove /k/ sound from the word cat and ask what sounds are left. Then you could ask what happens if you add the sound /h/ before the sounds /æ/ and /t/.